NYT on medical research into hallucinogens

Psychedelic pioneer Timothy Leary, whose research into therapeutic uses of hallucinogenic drugs is being taken up once again in the US. Photo via AP/Wide World Photos.

“All of a sudden, everything familiar started evaporating,” he recalled. “Imagine you fall off a boat out in the open ocean, and you turn around, and the boat is gone. And then the water’s gone. And then you’re gone.”

…thus explains retired clinical psychologist Clark Martin in today’s New York Times his first psychedelic experience, as part of a medical study on the effect of psilocybin on cancer patients.

Noting that federal regulators have recently begun again to approve controlled experiments with psychedelics, the article highlights some of the research currently being conducted from Johns Hopkins to Harvard to UCLA. Nevertheless, the NYT notes, federal funding is not so forthcoming. Studies like the one Martin participated in are mostly funded by nonprofits — notably MAPS, the Multidisciplinary Association for Psychedelic Studies, whose annual conference is taking place this weekend in California.

For more on the history of the psychedelic therapy movement, and the central role of Harvard University, see Don Lattin’s new book, The Harvard Psychedelic Club.

Dear Obama: For SCOTUS decision, listen to your heart . . . 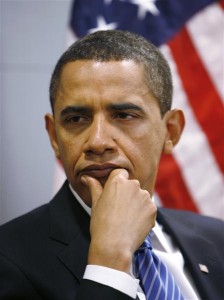 It’s official: Justice John Paul Stevens has announced that he will retire at the end of the term.  But Justice Stevens’ announcement signaled much more than the end of his honorable service; the announcement was, in effect, a signal that the Capitol should prepare for battle.  Warring factions – political parties, advocacy groups, lobbyists – have already sprung into action, releasing news releases, action messages, and flash reports excoriating one potential nominee or another.  (Political) war is coming.  And through all the chaos and cacophony of a Supreme Court nomination, one man must sift through a massive amount of chatter and make a decision.  President Obama must make a choice – a complex and sensitive choice, after healthcare reform and before the midterm election, with an inspired left and an apoplectic right.

Given the complexity and sensitivity of his task, perhaps Obama should gather all the information possible, view the situation from every angle, chew the decision over and over in his mind, ruminate and reflect – all part of a process of reaching the optimal political and moral decision.

Or, maybe he should just go with his gut.  After the jump, I introduce some classic research in cognitive science to explain why an emotional decision could be better than a holistic decision – even when a judicial nomination is at stake.

END_OF_DOCUMENT_TOKEN_TO_BE_REPLACED

Eric Knowles and Peter Ditto endorse what they call a “warm” view of human reasoning. This is a “hybrid view” that recognizes that human reasoning is “necessarily both” “’hot’ (rooted in motivations and emotions) [and] ‘cold’ (rooted in cognitive operations).” (15). In their estimation, this dichotomy between hot and cold reasoning — what they also refer to as the “preference-principle dichotomy” — “oversimplifies human psychology.” (4). In “Preference, Principle, and Political Casuistry,” Knowles and Ditto present empirical evidence for their favored warm, hybrid view and attempt to explain away this preference-principle dichotomy.

END_OF_DOCUMENT_TOKEN_TO_BE_REPLACED

﻿﻿﻿﻿﻿On November 13th, Attorney General Eric Holder announced that the trial if the 911 attackers will be held in New York City.  The stirring speech notwithstanding, Holder and the Obama administration are now retreating from the decision. CNN reports that the White House and the Department of Justice are considering a move out of NYC.  This development comes amidst the mounting opposition to the original plan, culminating in 18 senators (including two blue dog Dems) introducing a bill to cut funding for the trial.  All indications are that the administration will back down.

For the mind enthusiasts out there, the interesting part may have been the heavy-handed psychological jousting by both sides.  More after the jump.